ABOUT JENNIFER LYN & THE GROOVE REVIVAL 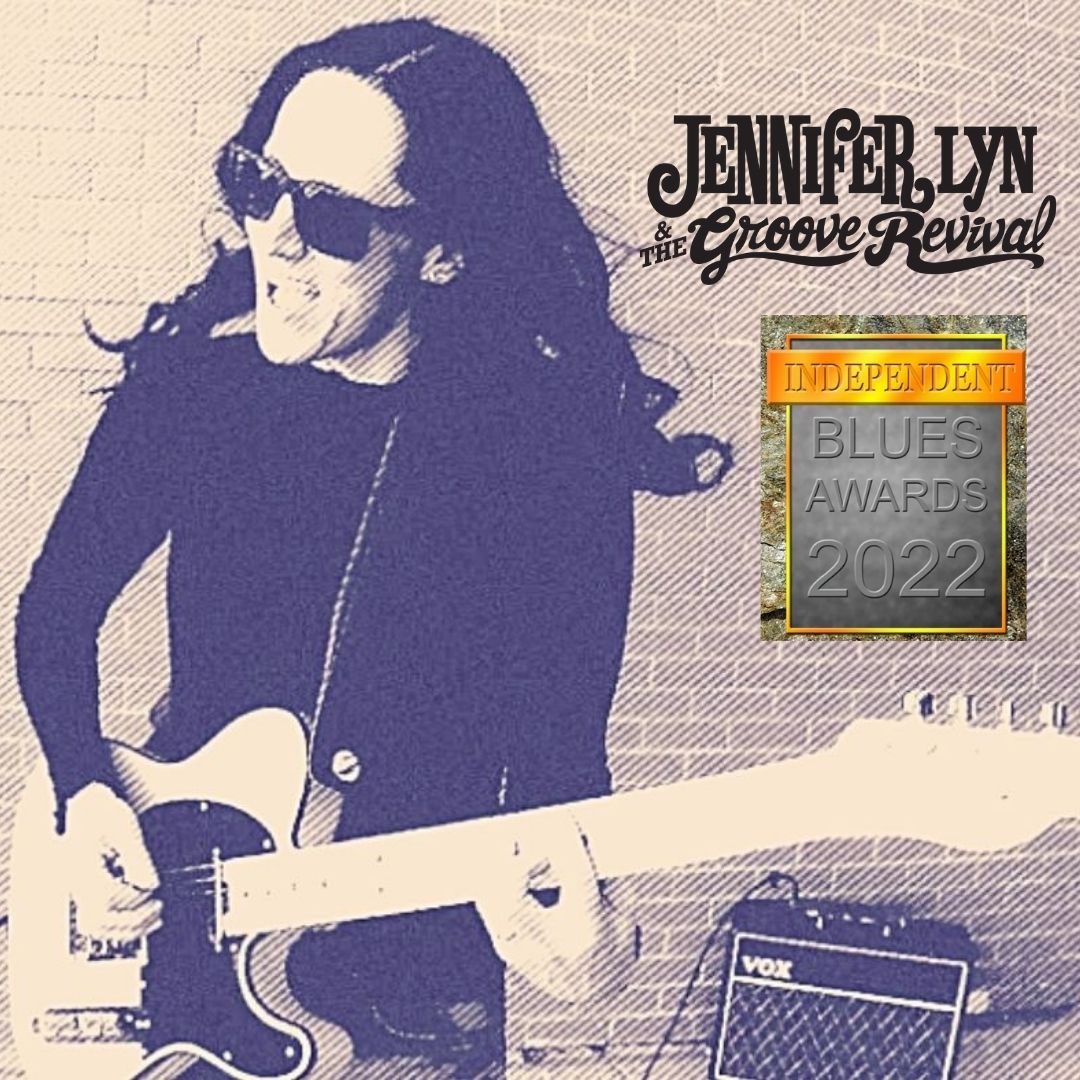 The Independent Blues Music Awards recognize bands and artists in the Blues genre that are not signed to a major label and Jennifer Lyn & The Groove Revival graced the 2022 ballot with some of the icons in the industry such as Joe Bonamassa, Mike Zito, Joanna Connor, and Albert Castiglia to name a few.

Jennifer Lyn & The Groove Revival was nominated in the following four categories:

Jennifer Lyn & The Groove Revival's music is heavily influenced by the sounds heard while Jennifer was spinning her parents’ vinyl as a child.

Her music is reminiscent of 60s and 70s vibe music melted into a pot of contemporary Blues-Rock with sounds of overdriven guitars, dueling lead guitar harmonies, and classic rock undertones with vocals that reach you with a deep resonation in your soul.

Their latest album Nothing Holding Me Down, nominated for the 2022 Independent Blues Music Awards 'Best Blues Rock Album', features music from a woman who clearly has a soul set ablaze like a person baptized in the river of Rock n Roll.

“Female blues guitarists have long been an important part of the blues-rock world. You only have to think of ladies like Ana Popovic, Bonnie Raitt or Joanne Shaw Taylor to understand what I mean. Now we can also add Jennifer Lyn & The Groove Revival to that list”. - Blues Magazine

“Jennifer Lyn & The Groove Revival features growling vocals and intense driving guitar. The material is excellent, the production is good, the vocals are soulful, and the band is top-notch” - Blues Matters Magazine

“Jennifer Lyn proves she will be a force to be reckoned with in the blues-rock world. She’s a gifted singer and guitarist who’s also capable of digging deep from within as a songwriter.” - Blues Bytes Magazine